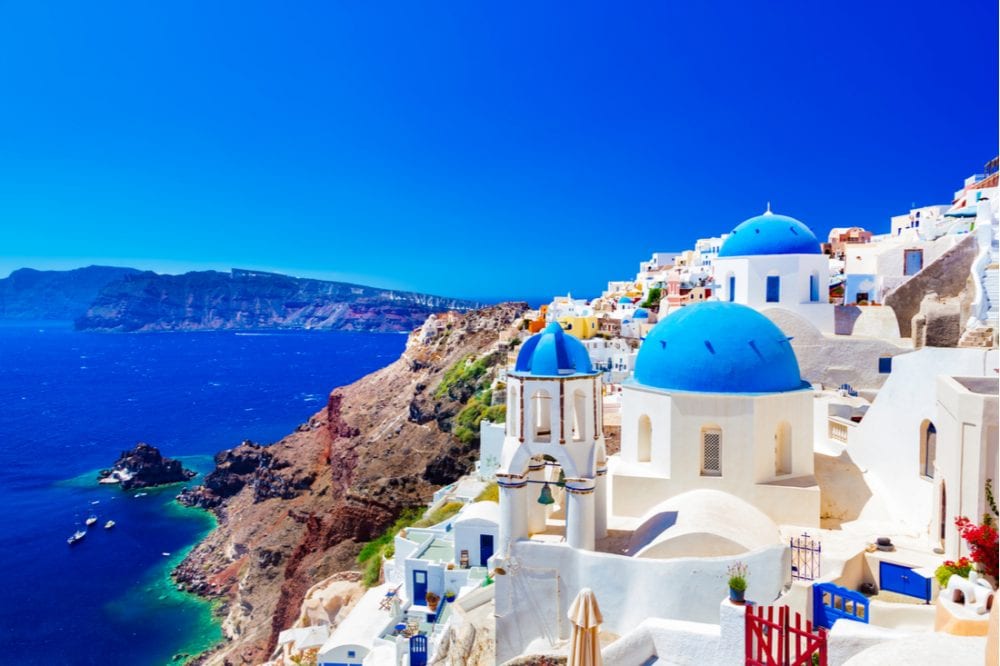 The volcanic landscape of Santorini with its steep cliffs, deep blue waters, but also the colorful cubic houses that adorn the gray-brown relief, will be etched in your memory forever. You can explore Santorini with Santorini Private tour.

What you must see in Santorini

The walk to the island of Nea Kameni, where you will go organized by small boats, combining the excursion with a swim in the warm waters, is a must. You will see the craters, the “fireballs” (magma that froze while in the air) and impressive crystalline rocks.

One of the most important archeological sites in Greece, the prehistoric settlement with the two-storey and three-storey houses and the xestas (mainly public buildings made of hewn stones) is impressive. The sewer system was particularly advanced, while, unlike the Minoan palaces, the findings here show a culture with a human face and a better distribution of wealth.

Impressive museum in the center of Fira that will introduce you in the best way to the history of the island, which was one of the most important centers in the Aegean during the 18th and 17th century BC, presenting murals and finds from Akrotiri and beyond. .

Next to the cable car of Fira, it houses collections of sculptures and inscriptions from the Archaic to the Roman period, as well as ceramic vases and clay figurines from the geometric to the Hellenistic era.

Ruins of an ancient settlement (it was the only urban center of the island since the 9th century BC) in an impressive location at the top of the rock that dominates over Kamari.

The most important monument of Byzantine times, was founded by the Byzantine emperor Alexios I Komnenos at the end of the 11th century. Watch out for the rare marble iconostasis.

At the edge of the settlement in Imerovigli, on the Caldera, the ruins of the old Venetian castle (Kastelli) create an ideal setting for an afternoon stroll.

In Kontochori, just outside Fira, it has a traditional Santorini canvas and a rich folklore collection.

Objects that revive the Santorini of the past in a traditional complex of old canvas in the village of Pyrgos.

One of the most beautiful districts of Fira, with well-preserved mansions, catholic churches (visit the metropolis or Domo as they call it), the monasteries of Dominicans and Lazarists and the Gyzi Palace.

The mansion of 1700, maintained by the Catholic Diocese of Thera, hosts an exhibition of engravings and a folklore collection about the Cyclades and organizes interesting cultural events.

In Oia, with objects and photographic material that testify to the rich naval history of the island.

Mansion in the center of Messaria that functions as a museum. Its furniture and ceiling paintings are preserved.

In the atmospheric space of the old Argyrou canvas, in Exo Gonia, in addition to the permanent exhibition on the history of wine, there is a cultural center with periodic exhibitions of well-known artists.

Where to swim in Santorini

Although Santorini does not have the classic Cycladic beaches with semolina sand and blue waters, its coasts have a special “color” and options for every style. Perivolos retains the title of the most cosmopolitan beach, with beach bars, good fish taverns and nice black shiny pebbles. The once alternative Vlychada, with a trademark of white rocks that create strange formations, is the fastest growing beach. On the long, touristy beach in Kamari, you will find hotels and restaurants.

Perissa is also a classic choice, with fine sand, beach sports and a youthful atmosphere. A few kilometers further, Monolithos, with fine sand and shallow water, remains a family beach of low tones. The northernmost and windy Columbus, near Oia, with fine pebbles and a large rock to offer natural shade is the best suggestion for more alternative situations. Neighboring, tiny Pori, Baxedes, Vourvoulos and Katharos are some of the more unusual choices on the same side of the island. Towards Akrotiri, apart from the many photographed Red and White Beaches (accessible by foot or by boat), which are preferred by mainly foreign visitors, there are also some off-road options for those looking for peace.